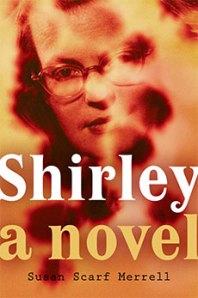 In my last post, I reviewed The Haunting of Hill House (THOHH) by Shirley Jackson. Shirley is  described as a psychological thriller, yet it’s really more of an homage, a fictionalized account of Shirley Jackson and her Professor husband Stanley about their time spent at their home in Vermont. The story has a dreamy, sleepy feel that fluctuates between biography and suspenseful fiction. Rose, a young pregnant wife from a difficult background and her Professor husband drive to Bennington College so he can work and finish his dissertation while living with his mentor Stanley Hyman and his wife Shirley Jackson. Jackson is an established writer and Rose admires her and becomes enmeshed with Jackson’s dynamics of the Hyman’s dysfunctional marriage. As time goes on, the troubled Hyman marriage is filled with secrets and Rose’s life begins to mirror theirs.

I enjoyed how the author explored the themes of jealousy, obsession, scandal and love. Yet certain parts of the book left me frustrated.  Merrell builds up tension throughout the story by creating an impeding sense of doom, yet the suspense doesn’t lead anywhere and the outcome is never revealed. For example, Rose becomes intrigued with the story of a young missing college student, but the outcome isn’t revealed to the reader. The premise of the story is unbelievable. Why would a couple with four children take in two strangers? As for the character development, I felt a palpable connection to Shirley, but didn’t feel an emotional connection to Rose.  Since Rose is a new mother, her constant drowsiness initially makes sense, yet the idea that the house is “alive and speaking” to Rose was  too reminiscent of – you guessed it- THOHH.

Perhaps I’d view the book in a more positive light, if I wasn’t already exposed to Shirley Jackson’s writing. I don’t think  Shirley Jackson would feel happy about the way she’s depicted in this book. Although Shirley has all of the merits of a well written interesting book,  since I’ve already read The House on Haunted Hill, my thoughts of Shirley are already skewed. There are just too many similarities between the books.

** An advanced review copy of Shirley was provided by Netgalley for a fair and honest review.